The Benefits of Grit Blasting Before Painting

Grit blasting is part of processes that are known as abrasive blasting. These are methods that are used to remove imperfections such as old paint, rust and other contaminants from the surface of objects before they receive another type of finish. The blasting process is essential because, in addition to the removal of impurities, it makes the surface porous, which increases its ability to hold a protective coating. The materials commonly used for blasting include white aluminium oxide grit, glass grit, corncob grit, silicon carbide grit and even steel grit. Here are some of the benefits which come with grit blasting before applying any other coatings.

The Process is eco-friendly

All the abrasive media that is commonly used for the blasting process can be reused. It means that if for instance, you are using steel grit to strip the dirt off the surface of the metal, you can collect the grit and reuse it for several other blasting applications. The blasting method is also very effective when it comes to the removal of rust from metallic surfaces.

The cleaning is cost-effective

There are some traditional processes which are used to remove dirt, grit and other types of stains from metallic and other surfaces. The processes may have been useful and practical, but they do not match the effectiveness of grit blasting. The cleaning process is done faster and more effectively than could have been achieved if traditional methods were used. The material used in abrasive blasting is also able to get into all the corners and nooks of the material being blasted, which means that everything will be cleaned wholesomely.

Another benefit that comes from the process is surface profiling. This means that the surface where the coating will adhere to can be controlled by simply controlling the size of the particles used in the blasting process. If you want the surface to be rough and to have heavy coatings adhere to it, use large particles. On the other hand, if you need just enough roughness to support a thin coat, small particles are more useful.

Other benefits of grit blasting include the safety of the operator. The materials used for the process is safe, and the process itself does not pose an inhalation risk. Finally, grit blasting is the best solution to surfaces that cannot be cleaned using chemicals and other manual methods. It is a simple and very effective mode of cleaning. 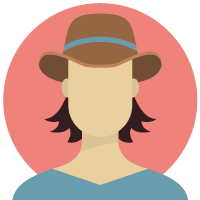 When we moved into the house we had a really cute patio, but it was so small that if more than two people wanted to share a meal or sit together there wasn't room. That's why I have been extending the patio and working on ways to make it more hospitable for the whole family to spend time out there, such as getting the music system to connect to some speakers in the structure. This blog has some tips for homeowners who are looking to attempt a patio renovation or extension and has some tips on which jobs to DIY and when to call in the professionals.